What time is it? Game time, huh! This was our battle cry at the end of the prayer and team huddle before we walked into the court.  If there was a phrase that could sum up the five years of my student-athlete life at Christ University, it is this one!

The basketball court is my safe place –a lot of people who play can relate to this. Nothing compares to the feeling of being healthy and able to just go to a court and shoot till the sun goes down. The five years of basketball at Christ was a life lesson for me.

In my 1st year (2012-13), there were some solid veterans. Minhal Pereira taught me (although I didn’t know it at the time) the importance of a team leader when it comes to building team chemistry. In my 2nd year, on January 23rd, 2014, I tore the ACL (Anterior Cruciate Ligament) in my right knee in one of the most important games of the year – this was a quarter-final game against SRM University in the South Zone Inter-University tournament. We won the game, and my team went on to the All India Inter-University tournament while I faced surgery and 9-month rehabilitation – I had never gone without basketball for so long since I started playing. The time off taught me to cherish every moment on the court because it may be taken away at the snap of a finger or the bump of a knee. I am grateful to the Department of Physical Education at Christ University (Ravi Sir, Naveen Sir and Soumya Ma’am) for allowing me to be a part of the team even when I could not do anything on the court. I am also grateful to my coach at Christ University – Mr Asphaque. He kept me engaged with the team as I worked my way back to the court.

When I came back to Christ in 2016 for my MBA, I was the senior statesman in the team, along with a couple of my batch mates. The academic workload was heavier, and I had to play through some injuries (an ACL tear in my left knee in March 2017 and surgery to repair it).
All in all - through all the wins, losses, setbacks, injuries, the highs and the lows -  I had the best time of my life in these five years playing for Christ University. I wouldn’t trade it for anything in the world!

As a Hockey player back in school, I was interested in joining the Hockey team. However, a Women's Hockey team was yet to be set in the University, and I got myself involved in other games I used to play, back in school, such as Football, Throw ball, Basketball and Athletics. Everyone inclined to sports in the university was gearing up for the year’s first event, the annual Pedagogic league. The winners of the same would be selected to the University Team. As I had the edge over Hockey, I got in touch with a few players I knew from school and formed a team with others willing to learn the game and were like-minded. We divided ourselves into smaller mixed teams along with the men and started out.

The team I played for was called 'Black Sticks', and we emerged 'Winners'. Likewise, the team I played for in Throwball and Basketball also emerged winners. It surely was fun to bag cash prizes, score goals and points, wear the medals, flaunt the certificates, and we took many memorable team pictures in our customised jersey.

The most awaited time of the year arrived. We received the University jersey and got our name under the playing 16 of the University Team. We practised daily for the 'Crispo' tournament and emerged 'Winners' after beating the prominent teams of the town. We got our team pictures taken with our then Vice-Chancellor, Dr Fr. Thomas C. Mathew and were recognised with all the pomp and grandeur.

Mr Naveen Kumar and Dr Soumya Joseph were always there to ensure that we had the best experience as budding players. The department has always been welcoming and made us feel at home. Sports life at Christ was a very fulfilling experience adding vibrance to our lives, good health and well-being to our mind and body. Missing those amazing days, yet happy that we got to cherish every bit of the same. Thanks to our proactive professionals at the department.

My sports life at Christ (Deemed to be University) was amazing, under the Guidance of my martial arts coach Mr Saravanan and Physical Director, Dr Ravindranath.BK, and Assistant Directors Mr Naveen Kumar and Dr Soumya Joseph. The Department of Physical education helped me attend all the competitions all over India, enhancing my psychosocial, emotional and physical well being. It has also boosted my skills and confidence that helped me build my personality. Participating in Individual sports (wushu) has elevated my self-efficacy to challenge my own self and aided in creating an identity for myself.


I developed excellent time management skills that helped me balance my training, competition and academics. I was self-motivated and well-disciplined, and I could win matches, like district level, state level, national level and all India inter-university Wushu (Kung-Fu) championship. The happiest moment at Christ was when I was given the prestigious award “The Best Sportsman Achiever 2018” by respected Sir K. Annamalai, IPS and received a scholarship that helped me in my academics at Christ (Deemed to be University). Christ University is an esteemed university that encourages and motivates students by giving them equal exposure in Sports and academics. I would like to thank the department of physical education for supporting and encouraging my sports career.

It’s always More Than Just Victory!  Initially, it was like a boot camp with all the early morning practices, running up and down the ten storied Central Block stairs for cardio, carrying my teammates on my shoulders for weight training and, of course, the slide tackle fun on rainy days. Over time, I grew close to my football team, which always carried positivity, and I could never grow tired of this bond, which certainly made us an unchallenged strength on the field. It wasn’t just the women’s football team but the entire sporting community at the university which gave me an opportunity to interact with like-minded people and constantly learn and be motivated. Pedagogic league and Superleague were our first competitive experiences for the academic year and prepared us for the best.


Our real competition starts with Chrispo, and the rest of the year simply passes by so fast with so many tournaments hosted by different colleges! Mr Naveen Kumar and Dr Soumya Joseph presence in each and every match, whether big or small and their constant encouragement and the effort they take to make us comfortable continues to motivate us to settle for nothing less than the championship. Dr Ravindranath B K is the backbone of the entire physical education department, and his persistent support to the women’s football team has made us reach new heights. Victory or Failure, I have learnt to take both with pride, and being a part of the Women’s Football team at Christ University has groomed me to be a better person today. Every match, every practice session, every minute on the football field will forever be etched in my memory. 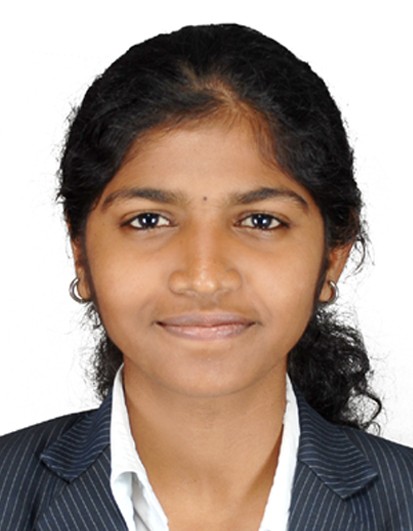 I studied Bachelor of Commerce (Finance and Accountancy) at Christ University (Batch 2015-2018), and I am currently pursuing a Diploma in Sports Coaching (Swimming) from Netaji Subhas National Institute of Sports (NSNIS). I represented Christ University at the All India Inter-University Aquatic Championship (Diving) in 2015 and 2016 and won 2 bronze medals in 2015 and 2016. I sincerely thank Christ University for encouraging and supporting me to excel in sports. My special thanks to the Department of Physical Education and  Professional studies for supporting and motivating me to give my best in sports.

I joined Christ University in the year 2017. I was a part of the University football team, and I practised in the mornings and evenings. Being a science student, the support I received from my faculty helped me excel in academics. I participated in various tournaments like Inter-College Football Tournament, Inter-University Football Tournament, National level tournaments and many more under the able guidance of our Physical Education Department faculty.

I was also selected for National football camp twice. I really appreciate all the support the Physical Education Department rendered to us by providing good equipment for practice, a fully equipped gym, and an efficient coach to make us good footballers. In conclusion, I would like to say a big thank you to Christ University for being what I am today. 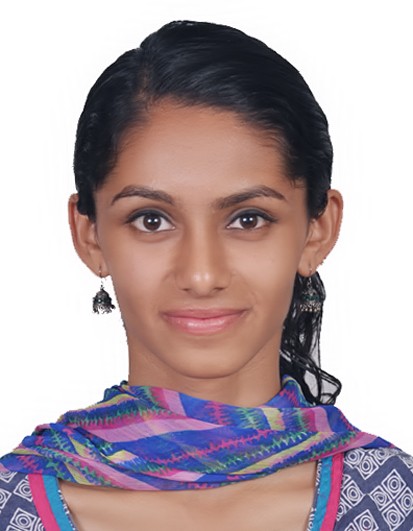 I was part of the Women's Basketball Team at Christ University between 2014-17. I am filled with immense joy and pride while bringing back those countless nostalgic memories. Starting our early morning practice sessions at 6:30 am, most of us would end our day playing basketball at the food court even after college hours. We had an amazing team, and I am very grateful for all the priceless moments that we shared with each other. We had the opportunity to represent our University at various Inter-collegiate tournaments as well as Inter-University tournaments. I feel privileged to have captained the Christ University Women's Basketball team, and I am grateful to the Physical Education Department for making our Sports journey a very memorable one.

Sports have always been part of my life from an early age. I started going to the field to play cricket with my brothers. During my schooling, I used to play throw ball and volleyball and won district level and was even selected for the national level. My major whirling point started when I joined the "CHRIST UNIVERSITY''! I started playing throw ball under the able guidance of coach Mr Narasimha Murthy. He taught us about the rules and regulations of the game, punctuality and discipline. I was encouraged by the faculty of the Physical Education Department to take part in other track events as well. As I come from a conservative family, the faculty convinced my parents to send me to play inter-university volleyball.


We won so many Throwball tournaments, and Dr Soumya motivated me to participate in javelin throw, shot put, kabaddi, kho-kho, relay, discus-throw. I secured the second prize in the 5000 Meter race. I even got an opportunity to play Asian International Throwball tournament in Malaysia, and we won the match. I dedicate all my achievements and accomplishments to my coach Raghu sir, Ravi Sir, Fr. Varghese, Naveen sir, Soumya ma'am, Vijaykumar sir. I am extremely indebted to CHRIST UNIVERSITY, without whom I would not be who I am.

When I first got a confirmation email from Christ, I was thrilled and excited to be called a Christite. But when people told me that my swimming life might have to be put at a halt, that’s when I decided to prove them all wrong! Being a sportsperson while pursuing a professional course like BBA from one of India’s most renowned universities is not easy. But when you have a team of supporting teachers and a pillar of unlimited strength and support from Dr Fr. Joseph CC, you would be able to achieve anything. I thank all the faculty and the entire Sports Department of Christ (Deemed to be University) for giving me the strength and support to pursue swimming and help me to become who I am now.