The Department of Languages which exists since the inception of the institution, initially offered eight languages. Over time, several languages were dropped due to superannuation of the respective faculty. The Department presently offers Hindi, Kannada, Sanskrit, Tamil and French. Coming under the Deanery of Humanities and Social Sciences, the named languages are offered as second language in all the UG programmes. In addition, French is offered in BHM, BCA, BBA F & IB, MBA (T&T) and MA in Int. Studies, and German in BCA and MBA Programmes as elective papers. The Department offers nine open elective courses – Spoken Kannada, Vedic Maths, Wikipedia Training, French, German, Spanish, Russian, Japanese and Korean to students across the University. Since 2016 -17, the Department has an agreement with Alliance Française de Bangalore and Goethe Institut, Max Mueller Bhavan, Bangalore to offer international certification for the DELF courses which correspond to two levels (A1 & A2) in the six-level scale of competence laid down in the Common European Framework of Reference for Languages (CEFR). The ‘Kannada Sangha’ the publication wing of the Kannada Department was established in December 1972 with the vision ‘to encourage young writers to involve in creative writings like poetry, essays, short story, novel and drama.’ The Sangha conducts national level poetry writing competitions in memory of the renowned Kannada poet and Jnanapeeta awardee, D R Bendre and essay / short story writing in memory of the Kannada novelist Dr. A N Krishna Rao besides publications. CHRIST (Deemed to be University) Kannada Sangha has to date 250 publications to its credit. True to its vision and mission, the Department of Languages aspires to strengthen the linguistic, literary and cultural sensibilities of students through an integrated approach and a global outlook.

The Department of Languages offers Kannada, Hindi, Sanskrit, Tamil and French as second language in all the UG programmes. In addition, French is offered in the BHM, BCA, BBA F & IB, and MBA (T&T) Programmes. French is offered in MA International Studies and German in BCA and MBA Programmes as elective papers. True to its vision and mission, the Department of Languages aspires to strengthen the linguistic, literary and cultural sensibilities of students through an integrated approach and a global outlook. While the Indian languages are presented in their historical and cultural form, the foreign languages provide all the cross cultural nuances to the students who are on the threshold of geographical and professional mobility. In an attempt to redefine the role of second language in the HE curriculum, the Department has moved from just the study of ‘second language’ to include literature and culture, along with the honing of language skills. Art forms like music, theatre, painting, sculpture and films introduce students to the five decade old Indian civilisation and culture besides offering them an aesthetic experience. As a major innovative pedagogy, the students are encouraged to share their cultural knowledge imbibed from their family and community through Bhasha Parishat or Centre for Culture. The spirit behind the whole exercise is to see the glorious tradition of Indian heterogeneous culture with a diachronic and synchronic approach. The Wikipedia project undertaken by the Indian language students in association with the Centre for Internet and Society for the digitalization of literary texts is the largest platform in Asia. The use of ICT enhances the teaching learning process further. 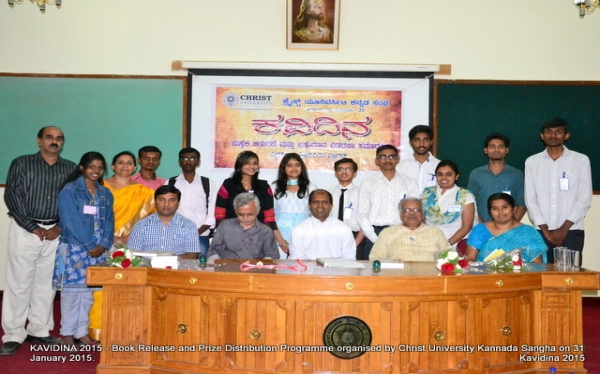