“Revelation 2019”, the Intra Departmental fest was organised by the Department of Computer Science to show case the talents of the students of the Department in various events. It is a day where the post-graduation students participate in various technical and non-technical activities. The post-graduation students were divided into 3 leagues based on the theme “Cybernetic”. The leagues being Alexa, Siri and Cortana. Revelations 2019 was all about participation. In and around every event had about 110 participants competing against each other.
Revelation was conducted on 13th February 2019 at CHRIST (Deemed To Be University). The fest was inaugurated by our alumni Mr. Sudeep Mathew and Ms.Vidya Y. The traditions were carried on as always, lighting of the lamp with an invocation song. The welcome address by both the guests quite mesmerising and it graced the occasion. Mr. Sudeep Mathew gave us new insights about various technical areas and Ms.Vidya was a great motivation to all of us through her impairment.

The 2019 edition of INFOBAHN, the bi-annual magazine published by the Department of Computer Science, was released on the occasion of the inauguration of Revelations, CHRIST (Deemed to be University). The magazine is the one of a kind. It brings together technical as well as non-technical contents together after relevant quality checks. . Infobahn had articles, crosswords, puzzles and sketches each of which was contributed by faculty and students of the Department of Computer Science.

The activities for revelations started a week before. The preliminary rounds for various events was conducted between 5th February and 12th February. The finalists from each of the events competed on 13th February.
The technical and Non-technical events were:
IOT challenge, Software Debugging, IT Quiz, IT manager, Web Designing, Poster design, Photo shoot, Ad shoot, Launch your Business, Tech Warriors and Games.

IOT CHALLENGE
IOT challenge was purely a technical event where the participants had to come up with a proposal of any IOT prototype that can benefit the society. Each team had 4 members. A brief description of their proposal was asked from the participants which was considered as the preliminary round.  The proposal were evaluated and the finalist had to show their product on 13th February.

SOFTWARE DEBUGGING
This event had a lot of participants from all combinations of the PG Computer Science Department. Each team comprised of 2 members. The preliminary round was purely a paper and pen test. It checked the coding skills of every developer and was evaluated by the organisers. The finalist faced the challenge on 13th February with three questions in java programming language. Management in time was the complexity.

IT QUIZ
This event had a lot of participants from all combinations of the PG Computer Science Department. Each team comprised of 2 members. The preliminary round was purely a paper and pen test. It checked skills of every developer and was evaluated by the organisers. The finalist faced the challenge on 13th February with various knock out stages. From fundamentals to the advancement in the subject was evaluated.

IT MANAGER
This event had quite a lot of participants from all combinations of the PG Computer Science Department. This was an individual event that comprised of both technical and non-technical rounds. The preliminary round was purely a paper and pen test. It checked the aptitude and logical skills of every developer and was evaluated by the organisers. The finalist faced the challenge on 13th February with two rounds. A stress round was conducted by an external judge and the final round was an interview session.

LAUNCH YOUR BUSINESS
It was a technical event. This event had no preliminary round. It was a group of two members and the theme was “business incorporation”. People with best proposal and presentational ideas were evaluated.

PHOTO SHOOT
This was an individual event. The theme was “Sports at Christ (Deemed To Be University). About 27 students participated. The students were given about 4 days to give the photographs to the event head.

AD SHOOT
This was a group event. A group of 6 was maintained. The theme was “Promotion of Christ (Deemed To Be University).” This event required 5 days of effort and about 12 students participated.

TECH WARRIORS
This was a non-technical event where total of 9 students had participated. A group of 3 members. There were 2 rounds, round 1 was Dumb-Charades and Pictionary and round 2 was a spot talk.

POSTER DESIGN
Poster design was conducted on 12th February and this was purely a non-technical event. This event was to make the students showcase their creativity. About 28 students participated. The theme was “A day in 2050 (Implementing AI)”. Various posters were designed and it was evaluated.

WINNERS
In and around by the end of the day the valedictory ceremony was graciously completed by Dr. Lakshmi Iyer from Christ (Deemed To Be University), Kengri campus. She gave a technical talk on “Applications of Artificial Intelligence” that Enlighted the student’s vision towards various fields in artificial intelligence. Their benefits and impact were recognised and understood. Each winners were rewarded with certificates and prizes for their excellent performance and their sincere contributions towards various events. The overall trophy was won by team Alexa. 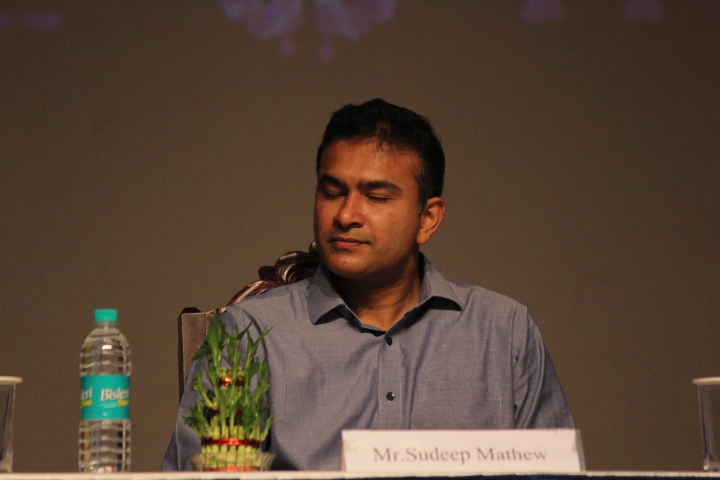 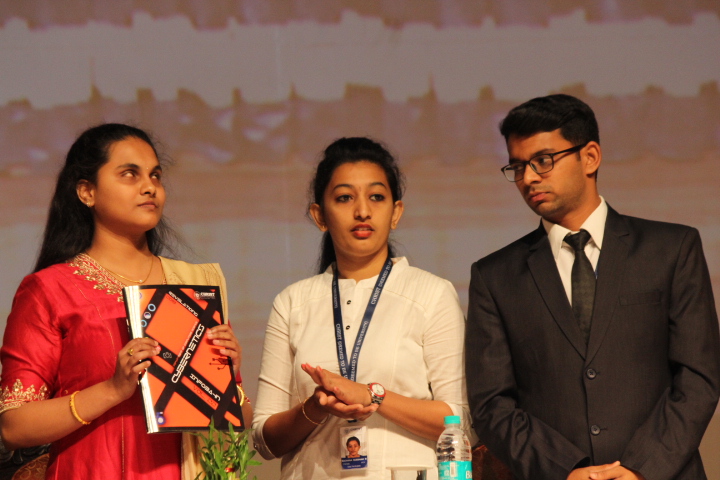 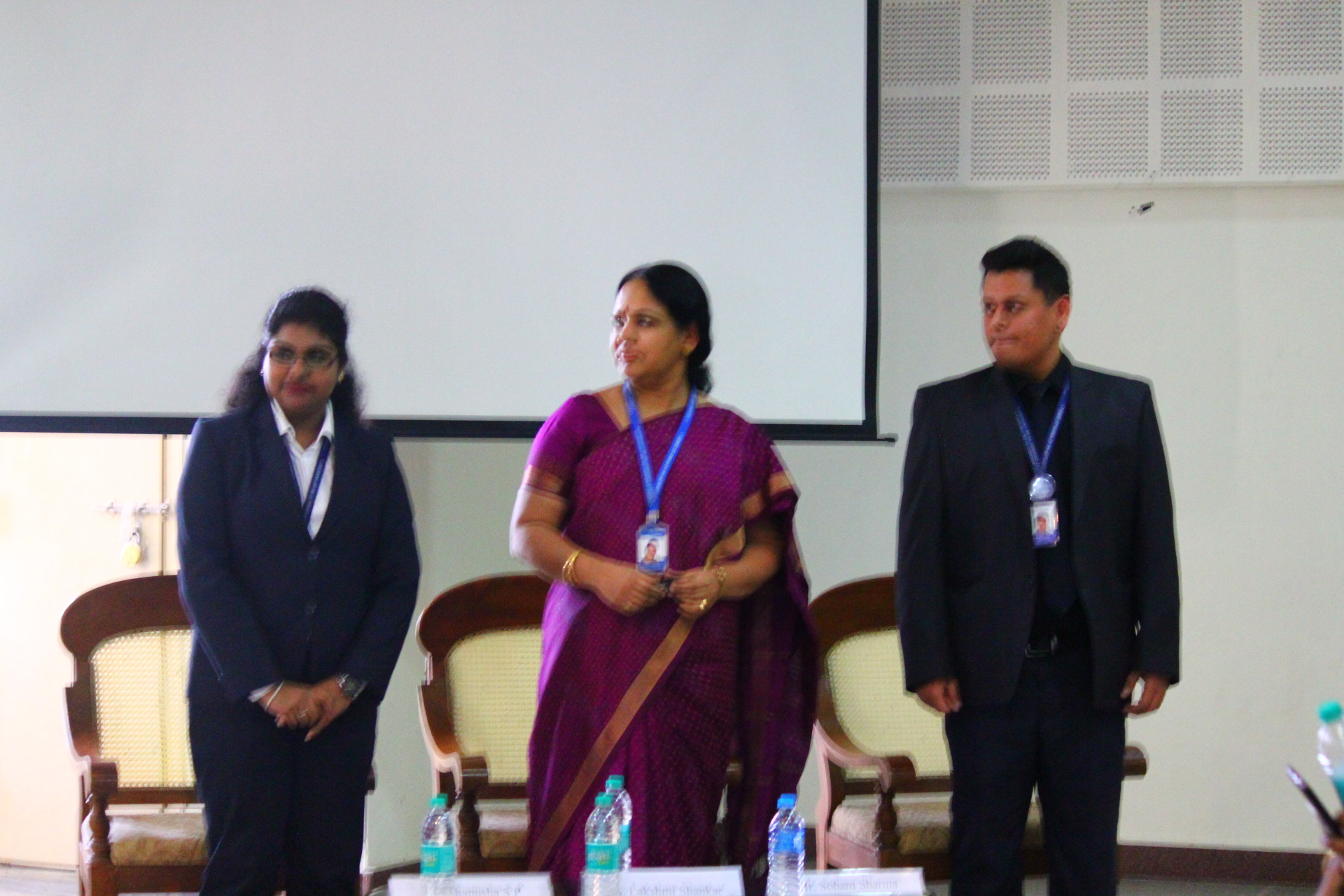 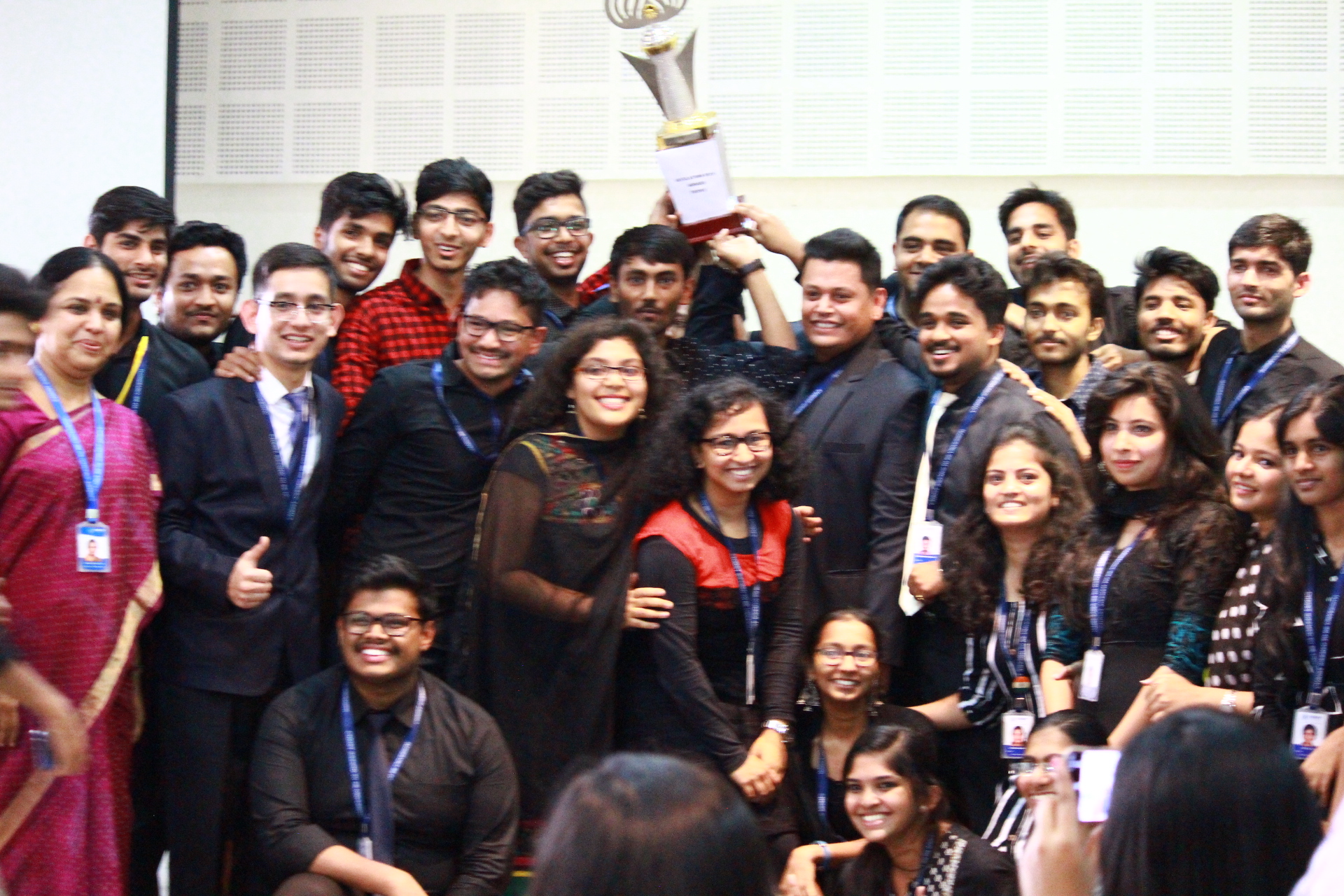