The inauguration of Amartya, the Economics Association of Christ University for the academic session 2016-17 was held on 27th June, 2016 in the Main Auditorium. The event kick-started with a dance performance by university dance team, Natyarpana. This was followed by the lighting of the lamp which was led by Dr.Greeshma Manoj, Economics Association coordinator, Prof.Joshy K.J, Head of the department, Dr.Fr.Varghese K.J, Chief Finance Officer and Director, Dept. of Economics, Chief Guest for the program Dr.Chirnajib Sen from Azim Premji University. The event started with the welcome address given by the association coordinator, Prof.Greeshma Manoj. This was followed by the felicitation address by Dr.Father Varghese K.J, Director of the Department of Economics.  He stressed on the need for growth and development in the field of Economics, motivating students to perform their role as agents of development with intellectual zeal and vigour.

Prof.Joshy K.J introduced the office bearers of the Economics Association for the academic year 2016-17. Following this, the president of the Economics Association Mr.Alan Abraham briefed about the association activities scheduled for the academic year 2016-17. Thanking the department for being given the opportunity to serve as the President, he briefed about the programs scheduled for this academic year which includes national conference, student panel discussion and discussion on Union Budget 2017-18. He assured the students of his utmost effort towards all the future department endeavors and urged them to perform their role with utmost sincerity. The key note address was given by Dr.Chiranjeb Sen, a renowned economist and academician at Azim Premji University, Bangalore. He spoke of his personal struggle and how destiny led him to study and specialize in the field of Economics. He spoke at length about his experience of studying under Amartya Sen and other prominent economists at his time at Delhi School of Economics, appreciating his synthesis of quantitative and qualitative economics.

Economics was an abstract subject and he strongly believed that unless one brought it to reality and looked fervently for comparisons it would serve as only a dismal science. He further used myriad examples ranging from Ricardo’s theory of comparative advantage to sustainable growth, in order to substantiate the interdisciplinary nature of Economics as a subject. His speech blended economic theory with real life scenario where he spoke of Sen’s Capability approach and elucidated his points with instances and interesting anecdotes of his personal life. One of the most striking points of his speech was his emphasis on economics as a tool for change. He reiterated this by saying we, as economic students, were agents of this change. He also laid emphasis on how social outreach is important to blend real life problems with solutions that students come up in our studies. Employing our knowledge to prevent and solve dynamic issues that the world faces at large was something the students took back with them. His speech was thought provoking, humorous and invoked within the students a sense of responsibility and reverence towards the subject. Post his speech, Dr.Chiranjib Sen released the quarterly newsletter of the department, Ephemeris.

The program concluded with the vote of thanks given by Prof. Joshy  K.J who wished the department luck for their future endeavors and promised to uphold the association's vision and mission.

Report on Inauguration of ‘The Economics Association – AMARTYA 2015’

The Department of Economics inaugurated its association ‘AMARTYA’ on 29th June 2015 to give an auspicious beginning to all its activities scheduled for the academic year 2015-16. The program began with the invocation dance by the I BA Economics (Hons) students. It was a perfect blend of Bharatnatyam with classical music to invoke the blessings of the Almighty. This was followed by the lighting of the lamp which was led by Dr Mahesh E, Coordinator of Economics Association, Prof Emmanual P J, Head, Department of Economics, Dr John Joseph Kennedy, Dean, Humanities and Social Sciences, Chief Guest for the programme Prof C T Kurien, Former Chairman, Madras Institute of Development Studies (MIDS), Chennai and Ms Lucy Reeta Pious (Student, II MA Economics),President of the Association 2015-16 along with the renderings by the Choir.

Stressing on the opportunity of being a part of the Economics Association, the Dean asked the students to take pride in being a part of Amartya and to strive for further growth and development. The reciprocity of the students to the efforts of the Department was also stressed upon. This was followed by the introduction of the newly elected office bearers for the academic year 2015-16. Dr John Joseph Kennedy introduced the office bearers for the academic year.

This was followed by the address by the President of the Economics Association Ms Lucy Reeta Pious. Thanking the department for being given the opportunity to serve as the President, she assured the students of her utmost efforts towards all the future department endeavours.

The keynote address was delivered by Prof C T Kurien. He started his address on how the subject of economics needs to be approached. He enriched the gathering of young economists with his insights on the need of planning for development in the 1950s, the role of wealth in economics, on how the Industrial Revolution brought about a renaissance in people’s perception about wealth. He threw light upon the multifaceted meanings embedded in the concept of wealth, on how wealth can hold a different meaning from the lenses of an environmentalist with the logic of economics. He asked the youngsters to reflect upon these issues. He stressed on the need to learn to locate, understand and interpret realities. The significance of incorporating other disciplines along with economics for a better interpretation of realities was called for.

This enlightening talk was followed by the introduction of Amnesty International’s initiatives for change in collaboration with the Department of Economics. Ms Deepti and Mr Sanamdeep of Amnesty threw light upon the panel discussions organised by the NGO in the previous academic year. They also felicitated the student panellist and organisers with certificates for their efforts in creating awareness and taking forward initiatives for a cause. They called for the support of the young students in taking forward their initiatives for change. All the students expressed their support by registering for Amnesty. 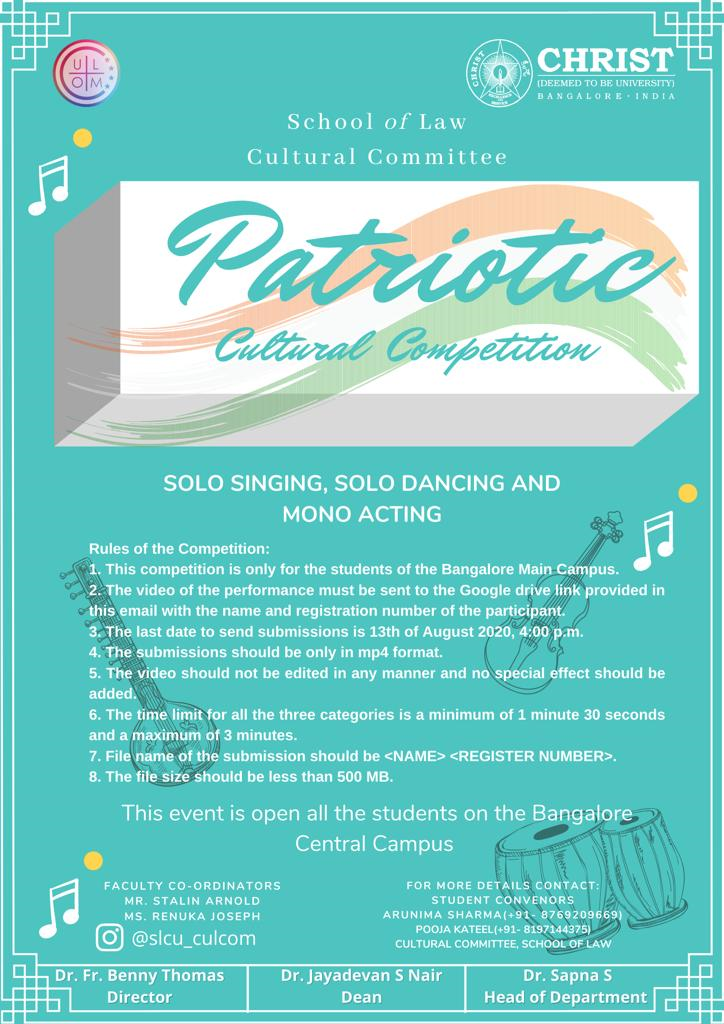 Finally the auspicious day was brought to an end by Prof Emmanual PJ, Head, Department of Economics, who delivered the vote of thanks. The master of ceremony was well planned and executed by Ms RiniZachariah (II MA Economics Student). Amartya 2015-16 officially came to an end with the Christ University Anthem.