“Revelations 2020” is an Intra-departmental fest that is organized by the Department of Computer Science for the Post graduate students every year. The objective of this event is to provide a platform for the students to show case their talents in technical as well as non-technical events. The theme for “Revelations 2020” was “Hypodroid”. The students were divided into four teams – Pacman, Road Rash, Contra and Super Mario. In and around every event, there were about 257 students competing against each other.

The activities of the fest started about a month ago. The fest had 14 events in total. The preliminary rounds for almost all the events were conducted between the 25th of January and the 17th of February. The finalists of each event were made to compete against each other on the final day, that is the 18th of February. The various events were: -

This was a technical event in which each team consisted of two students. There were two rounds. In each round, teams were given puzzles based on different programs and were made to solve them. The prelims were conducted on the 8th of February and the finals on the 18th of February.

This was a technical event where participants were made to come up with a technical product or a software. A brief description of their proposal was asked from the participants which was considered as the preliminary round.  The proposals were evaluated and the finalist had to show their product on 18th February.

Each team comprised of 2 members. The preliminary round was purely a paper and pen test based on C, C++, Python and JAVA. It checked the coding skills of every developer and was evaluated by the organizers. Top 8 teams [2 teams from each group] were the finalists who were made to face off against each other on the 8th of February.

Each team comprised of 2 members. The preliminary round was purely a paper and pen test. It checked skills of every developer and was evaluated by the organizers. The finalist faced the challenge on 18th February with various knock out stages. From fundamentals to the advancement in the subject was evaluated.

This was an individual event that comprised of both technical and non-technical rounds. The main objective of this event was to see which student can do their tasks well under pressure. The finalists faced off against each other the challenge on 18th February.

This was a non-technical event where there were the participants had two games to choose from, being Counter strike and Blur. Blur is a racing game which was an individual event. Counter Strike is a First-Person Shooting game in which teams consisting of 5 individuals were made to compete against each other.

This was a non-technical event in which teams consisted of 3 students. Charades is a word guessing game where a player acts out a word or phrase (for example a movie or a book), while other players guess the word or phrase.

This was a non-technical event which was conducted with the themes ‘Abortion ban’, ‘Climate change’, ‘Bird Conservation’, ‘Gender Equality’ and ‘Your future vision for India – Change you want to see’. This was an event where the students were made to showcase their creativity and put their ideas on charts. Date of conduct of the event: February 1st, 2020.

This was a non-technical event where students were made to form teams consisting of two [one photographer and one model/dancer] students. The time given to the participants was 2 hours. Pictures were allowed to be taken only inside the campus. The event was conducted on the 18thFebruary, 2020.

This was a non-technical solo event. This was a new event introduced by the core team this year. This was an event designed especially for the foodies. The preliminary round was a puzzle about food and the final round was the most exciting in which the finalists were made to compete against each other to see who could eat the most number of ‘Pani Poories’ in under three minutes.

This was a special event that was conducted on the final day of Revelations. Participants were made to form a team consisting of five students. The goal of the game is to lead the seekers through a set of clues that takes them from place to place to find a treasure. The “seekers” need to read each clue they find and figure out the next location.
The final day of the fest was conducted on the 18th of February at CHRIST (Deemed to be University). The fest was inaugurated by the dignitaries and our chief guest, Mr. Naga Chokkanathan, Senior Software Development Engineer at Amazon. The traditions were carried on as always, lighting of the lamp with an invocation song. In the chief guest’s keynote address, he gave us new insights in how automation is not a bane, but a boon to the society. 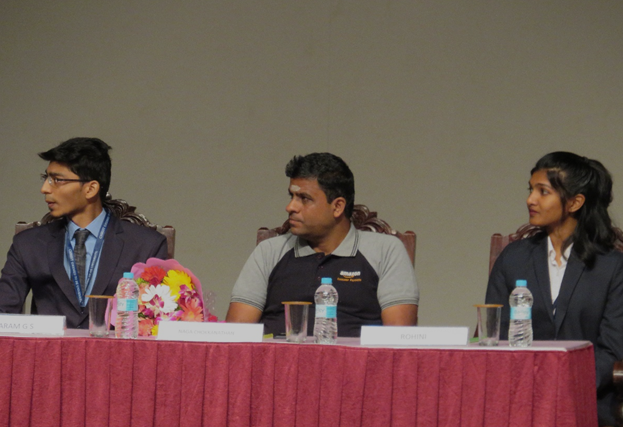 The 2020 edition of INFOBAHN, the bi-annual magazine published by the Department of Computer Science, was released by the chief guest on the occasion of the inauguration of Revelations 2020 at CHRIST (Deemed to be University). It brings together technical as well as non-technical contents together after relevant quality checks. Infobahn had articles, crosswords, puzzles and sketches which were contributed by the students of the Department of Computer Science.

The day started off with the Treasure hunt and the finals of Haunted labs being conducted in parallel session in the morning followed by the finals of IT Quiz, Hogathon and IT manager post lunch. It was a tussle! All the teams had to put their best efforts to outstand one another.

The valedictory ceremony of “Revelations 2020” was presided over by chief guest Dr. Dephan Pinheiro, Department of Chemistry, CHRIST (Deemed to be university). He gave us some words of wisdom and it was trailed by the prize distribution ceremony.Each winner was awarded with certificates and prizes for their excellent performance and their sincere contributions towards various events. Road Rash turned out to be the overall winners. 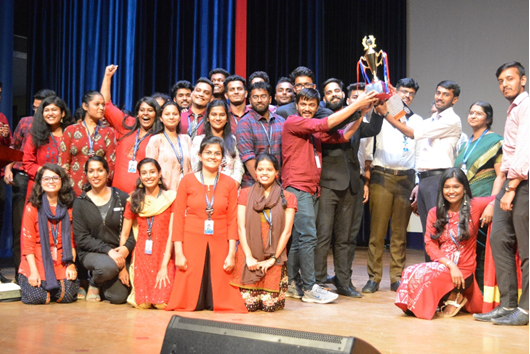 After the valedictory ceremony, there was a cultural event wheremany talented musicians, dancers and singers came forward to showcase their talents.

With this, Revelations 2020 came to an end. It was a fantastic learning experience for both, the students and the teachers. It paved way for students to showcase their talents and give them confidence to participate in such events more often. It was indeed, a grand success.