The CUFE IEEE Student Branch finally saw its wings open up in the open air auditorium amidst a crowd of 1500 plus students across all Civil, CSE & IT, EEE, ECE, Mechanical Engineering Departments along with I year along with Faculty members, witnessing a grand inaugural function at CHRIST (Deemed to be University) Faculty of Engineering, Kengeri, on the 22nd of June 2015. The IEEE SB was inaugurated after the hard work of nearly 8 months by the Faculty and Student Members of CUFE. 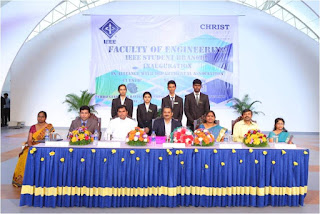 The audience were welcomed by an elegant dance performance by the CUFE Dance Team, Natyarpana which was then invocated by lighting the lamp which signifies the beginning of a new student branch in the history of CUFE.

The Chief Guest, Mr. Ravikiran Annaswamy congratulated the CUFE IEEE Student Branch  for establishing itself in the early days of CUFE. He then detailed of what IEEE is and what it has to offer to every branch of Science and Engineering. He talked about the early days of IEEE, how it went on from the hands of Thomas Alva Edison and Alexander Graham Bell to where it stands today as the largest professional association in the world. He explained the activities of IEEE in India and particularly Bangalore. He also briefed about the upcoming activities in and around Bangalore, as well as in Region 10 of IEEE (Asia-Pacific). He explained the need of having an IEEE SB in colleges in the present scenario of changing technologies to Innovate, Network and to Learn. The Chief Guest was then asked to switch on the rotating logo of IEEE made by Mr. Jins and team officially declaring the CUFE IEEE SB to be functional.
The event was graced by Father Thomas TV, Director, MBA, CHRIST (Deemed to be University), Bangalore and Prof. Barbara Lyons, Professor and Chair of Philosophy and Religious Studies, University of Mount Union, Ohio University, USA and Choir Director, CHRIST (Deemed to be University). Prof. Barbara enthralled the audience with her beautiful compositions, talking about how music affects our soul. 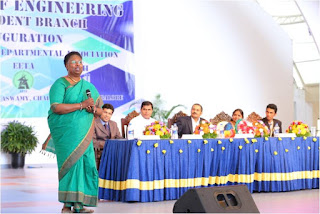 Dr. S.Suganthi, CUFE IEEE SBC, proposed the vote of thanks, wherein she thanked Dr. Iven Jose and Father Benny Thomas for their invaluable support and encouragement in establishing the IEEE SB in CUFE, all the working committee members and faculties for having put in their immense effort and valuable time in organising the event. She also expressed her gratitude to Mr. Ravikiran Annaswamy for having taken time out of his busy schedule to attend the inauguration and speaking about what IEEE is all about.
FOR MORE DETAILS :

To develop the culture of research in the students and the faculty member’s different technical talks in the thrust areas were arranged. To list a few

15.A talk on “INDIGENOUS PRODUCT DEVELOPMENTS FOR AEROSPACE AND STRATEGIC SECTORS-THE CHALLENGES FACED” was given by Dr.Shubha V, Chief Scientist, Head Airport Instrumentation, on 05-July-2016. The talkwas helpful in getting a clear idea about the products like different instruments, Electro Thermal Analyser, Differential Thermal Analyzer, AC Calorimeter and Airport Instumentation systems.
16.A Talk on “LESSONS FROM THE CORNER CUBICLE” was given by Ms. Arundhadhi, Director, HP. She gave an insight on how to earn trust among the co-workers. She also spoke about taking accountability or responsibility. Thesession gave as an insight on how we need to face various challenges in life and how responsible we have to be.
17.Dr. J K Kishore, Scientist from DRDO, gave a talk on “SPACECRAFT TECHNOLOGY AND APPLICATIONS-ENGINEERING EDUCATION”. He spoke about different types of satellites like navigation satellites, earth observation satellites, communication satellites. He also spoke about how electronics helped in reducing the weight of the payloads.The session helped students to improve their knowledge in spacecraft technology and its applications.

19.Talk by  rosheston. All sixth  semester  students attended a talk given by Rosheston on advancement in technology

22.Corporate interface event is was organized for VI and VIII semester  ECE  on 24th November 2017

The IEEE – the Institute of Electrical and Electronics Engineers, IEEE is an organization composed of engineers, scientists, academicians and students. The IEEE is best known for developing standards for the computer and electronics industry. IEEE has existence in regions from 1 to 10 worldwide and we belong to Asia-Pacific R10. The IEEE R10, comprises of 57 Sections, 6 council, 17 Sub-sections, 515 Chapters, 60 Affinity Groups and 958 Student Branches. It is our pride that the IEEE Students Branch (SB) has been established on 19 March 2015 and officially inaugurated on 22 June 2015 at CUFE Campus combining the three circuit branches CSE/IT, ECE & EEE. The student branch has come up well with a total strength of 120 members. 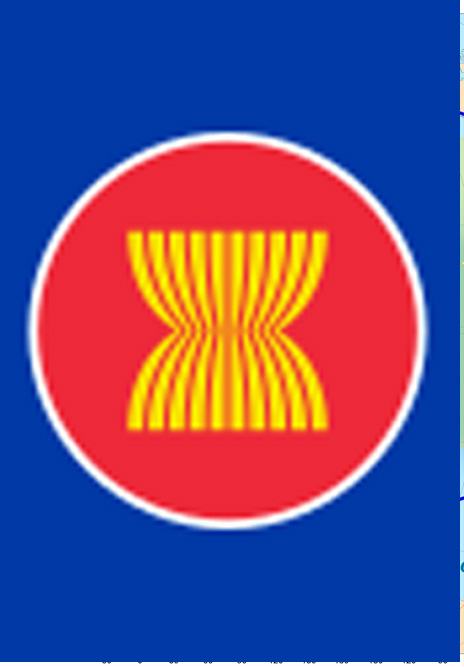 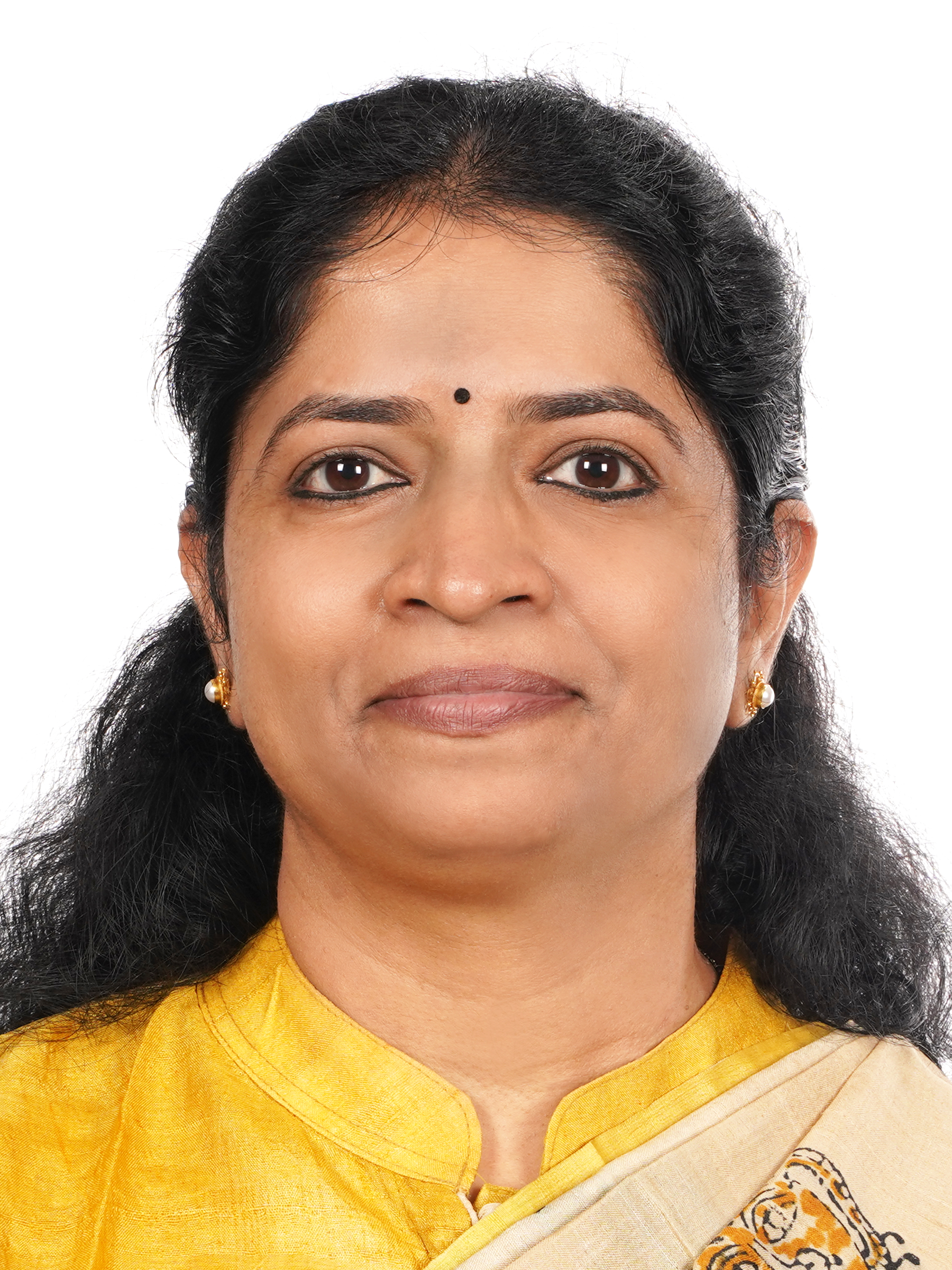