The Department of Electrical and Electronics Engineering arranged field visit to State Load Dispatch Centre (SLDC), Bangalore on 28/06/2018. The objective of this field visit was to enhance practical exposure in the field of electrical power system for UG and PG students. The accompanied faculty in-charges are Dr. Usha Surendra and Mr. Venkataswamy R and accompanied 28 students. We reached the venue at 10:30am. We acknowledge the co-operation and hospitality shown by the administrative officers in SLDC. We are thankful to Mr. Malleshappa (Executive Engineer, Control Room, SLDC) and Ms. Shilpashree (Assistant Executive Engineer, SLDC). Mr. Malleshappa explained control room and the regular activities in the center. Ms. Shilpashree explained SCADA system consisting of RTU, Communication and Control system. We would like to thank Mr. Shashidhar, AEE, KPTCL, Sakaleshpura and Mr. Ravi Asuti, AEE, KPTCL, Kunigal for their support in getting permission letter. They were with us thought the visit and explained technical aspects. Few major points understood by the audience are; Our country has five load dispatch center – Eastern region, Northern region, Western region, Southern region and North-East region. The State Load Dispatch Center (SLDC) under KPTCL is an apex body to ensure integrated operation of the power system in Karnataka. SLDC is responsible for the real time load dispatch functions, Operation and maintenance of the SCADA system and energy Accounting. The main responsibilities of SLDC are to monitor the system parameters and security,to ensure the integrated operation of the power system grid in the region and to daily schedule and operate planning. The five companies operating under SRLDC are BESCOM, HESCOM, CESC, GESCOM, MESCOM. The frequency is maintained at a range of 49.95 – 50.05 Hz. If the frequency crosses these limits either on load side or generation side whoever responsible for thema heavy penalty is imposed. They use ABT mechanism for its tariff. The whole Karnataka power supply stations are controlled by SLDC office. The maximum generation capacity is 26960MW. They have both renewable energy and non- renewable energy generation source with non-renewable being the thermal stations (6000MW) and renewable generation are hydroelectric (5000MW), wind energy (2000MW), biomass and nuclear energy. The control of SLDC is completely done using Supervisory Control and Data Acquisition (SCADA). SCADA systems are used to monitor and control a plant or equipment in industries such as telecommunications, water and waste control, energy, oil and gas refining and transportation.

A SCADA system gathers information, such as where a leak on a pipeline has occurred, transfers the information back to a central site, alerting the home station that the fault has occurred, carrying out necessary analysis and control, such as determining if the fault is critical, and displaying the information in a logical and organized fashion. The interaction of the students with the facilitators was really good and students expressed their positive interest towards the subject. Faculty had meeting with the administrative officers about mutual tie-ups. We returned to the campus at 4pm with lot of hope and satisfaction. 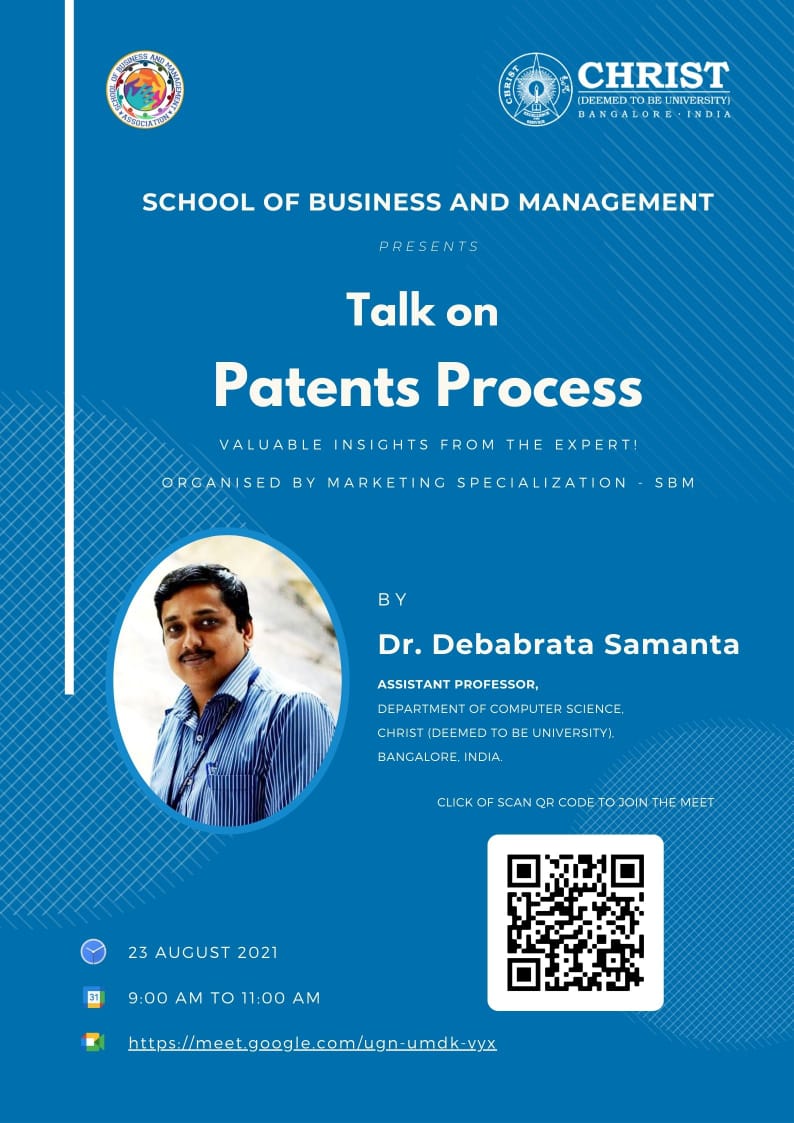 As a part of industry interaction and practical exposure, the UG and PG students of the department of Electrical and Electronics Engineering were taken on an industrial visit toSchneider Electric IT Business India Pvt.Ltd on June 20, 2018. As a leading electrical company, it provides integrated efficiency solutions, combining energy, automation and software.
The students had an extensive visit of the unit IDF4,a unit that assembles PLC panels, PCB Boards, UPS and Inverters. The students were exposed to the automated assembly processes  starting from PCB assembly till the completed product and also the quality tests at every stage . 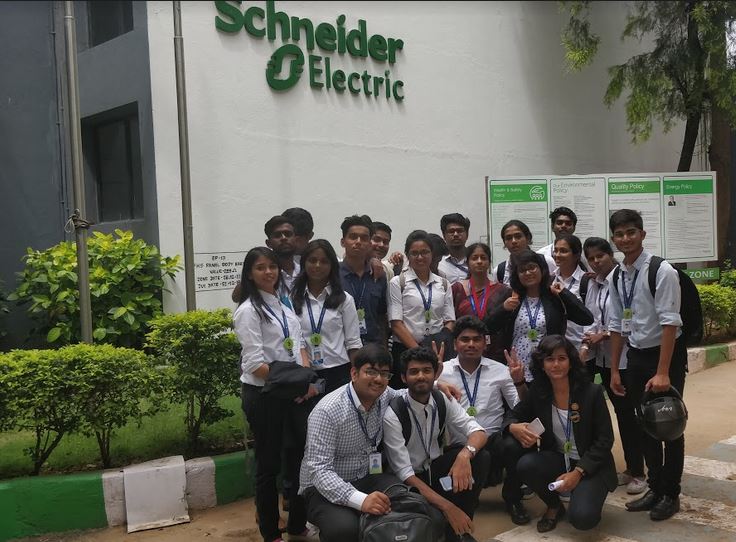 Schneider Electric is a European multinational corporation that specializes in electricity distribution, automation management and develops technologies and solutions to make energy safe, reliable, efficient, productive and green. The plant of Schneider Electric India at AttibeleIndustrial Area is a manufacturing unit for capacitors for power factor correction and power quality solutions.

The students of I M.Tech(Power Systems) and III semester EEE were taken to the unit on 10th July. The students learnt about various types of industrial capacitors, their manufacturing and testing processes. The batch were taken to various manufacturing process units like core preparation, wire winding, resin filling, curing, assembling and testing units. At each stage process was explained in detail. The students also got an opportunity to see the APFC panels of various ratings and design.

(i)    An industrial visit was undertaken by the department to Schneider Electric to give the students an exposure to the industrial arena. Freshers, both UG and PG students were taken to the prestigious company campus where they were given an insight into high power capacitor manufacturing. The students visited the campus of Schneider Electric in June 2014.