Don’t you love when you hear old melodies by Lata Mangeshkar and Mohammed Rafi, but then you strangely start relating to your parents when they say that they don’t make good music anymore?

And then, you listen to ‘Aaoge Jab Tum’ from Jab We Met, ‘Ek Dil Ek Jaan’ from Padmavat or ‘Mere Dholna’ from Bhool Bhulaiyya and think to yourself that the industry will always make good music. We just have to find the pearls in the ocean…

Hindustani music is one of the two most important and popular forms of Indian Classical Music. Hindustani music has always been a form where instruments are given a lot of significance. With the different rhythmic talas and the melodic ragas, earlier, most of the music in the industry was inspired by classical music, but with time and the permanent change, music evolved, and Hindustani music had lost its place somewhere. However, it has always made its way back again in the Hindi Film Industry.

Write a piece on how classical music has gained a new angle in Bollywood over the past decades and also about your favourite song from a Hindi film, which has been inspired by classical music.

Criteria:
Submission in Word Doc or PDF
Submit your photograph along with the document
The best three entries will be up on the campus blog!

Send in your submissions to: ellipsis.ecs@christuniversity.in

The Submissions for the event will close on the 20 September 2021. 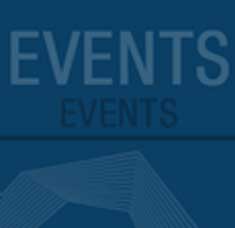 There are no active events to show.

No active items to show.