Report of the Guest Lecture Retellings of the Mahabharata

Guest lecture on Patents and Incubation: Ideas for the Future by Dr Saji Varghese held on August 01st at Central Campus

The Department of International Studies and History, CHRIST (Deemed to be University), organised a talk by Dr. Saji Verghese on the topic: ‘Patents and Incubation: Ideas for the Future’ on 1st August 2019. Dr. Saji is from the Department of English, CHRIST and has been heavily involved in ICLI - INITIATIVE IN CREATIVE LEARNING FOR IMPACT.
The speaker intended to touch on 4 key areas:
1. What is ICLI and what do they do?
2. The rationale behind doing what they do
3. Their philosophy and
4. Their vision.
In order to convey these, he narrated 5 stories of individuals, who made a big difference by innovating simple yet impactful ideas, that would help make life a little better. He presented these stories with a picture and a narration.
Some of these success stories were of the Whatsapp founder, the redBus founder, the success story of Srikanth Bolla and the story of a stanford student who was assigned to innovate low cost incubators for villages in Karnataka.


After having narrated 5 success stories, born out of pure innovation, he highlighted that the pre-requisites for any innovation to occur were knowledge, imagination and attitude. Among the 3, he stressed that the individual’s attitude was of utmost importance.
Observation, he said, was the key to innovation and advised that one should always walk like a traveller, even in the most familiar places. He further elaborated this by sighting 3 instances where observation had indeed led to innovation. One instance was when students after observing that there was immense effort in marking the field with lime chalk manually, realized that there was a need to innovate and create a machine that was reasonably economical and mechanical. This led the students in creating a cost effective field marker, which reduced the time taken to mark the entire field from 1 hour and 30 minutes to 6 minutes.

The 2nd example was the innovation of a kiosk called GOnuts, which could be used by peanut vendors (Rohit and Sandeep) standing outside our university to multiply their business. This was also an innovation of the students of our university.
Finally, the last example that Dr. Saji gave, was from his own life, where he created straws made out of coconut leaves and received awards for his innovation at various competitions, in various committees and boards, within the nation as well as across the globe.
The speaker through these examples made an excellent statement of touching more lives with an innovation, as simple and small as it maybe. The talk was concluded with a vote of thanks.

Christ (Deemed to be University), Bengaluru had organized a guest lecture on Problem Solving Skills for Placement Interviews for the students of MBA- International Business – I and II Year, in the Bannerghatta Road Campus on 27th July 2019. Mr. Ananth Mallya was invited to take the session on the same.
Sneha Susan Eipe, of 3MBA-IB welcomed Mr. Ananth Mallya to conduct the session.

In the lecture Mr. Ananth Mallya asked students questions from logical reasoning and problem solving. He made the session interactive. He gave the students time to work out the questions on their own and if they were not able to answer he made sure that they understood the concept behind the questions. All the students found his session very interesting and informative. The session went on for 2 hours i.e. from 10:30 a.m. to 12:30p.m. The students actively participated in the session. 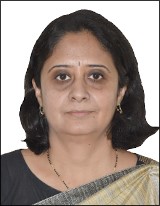 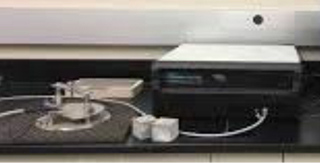 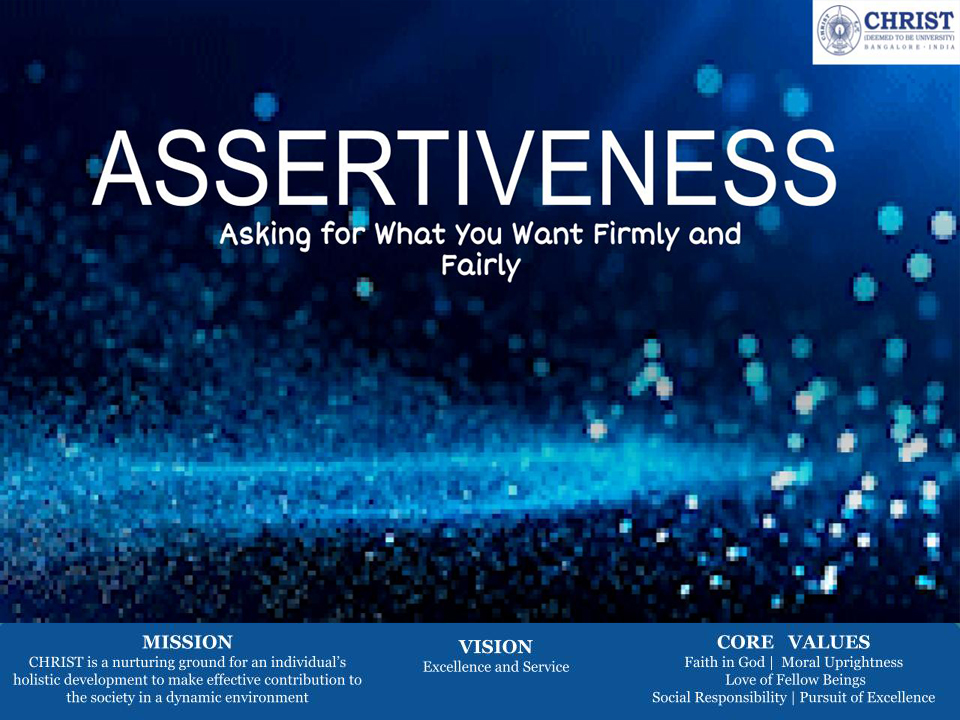 Details:
The event was conducted as a part of the movie screenings which is carried out every month for the members of the 24FPS as well as for other interested students as well.

The documentary, “Caste on the Menu” is a 21-minute video which focusses on the politics behind the food practices of different castes. The documentary bring forth the multiple contradictory views which exists around the consumption of certain food items in the context of India. It makes a person contest the idea of whether what one eats should be a personal choice or should it be dictated by the government. This also brings along the question of majority and minority. The documentary was quite engaging and the students of the School of Media and Cultural Studies of Tata Institute of Social Sciences, who made the video, had engaged with the idea of comparing the food choices to the larger idea of untouchability and religion in quite an efficient way.
The speaker of the day, Mr Joshua, put forth a number of interesting ideas where he talked about how the very logo of Tata Institute of Social Sciences refuted the kind of ideologies it was propagating. He also discussed how the ideas of caste and food habits prevalent in the country, all boil down to the idea of religion.

The students too engaged in a very lively discussion with the speaker and presented their own ideas on the topic. While one student talked about the connection that exists between food and caste in her state, another student thought that the way a child is brought up also contributes to the larger idea of caste that he or she might have. The teachers too offered deeper insight into the topic and added different perspectives to the whole discussion.

Date: 15/02/2019
Course:  Dalit Studies
Venue:  Room No: 211
No. of Hours: 2
Topic: Lecture on the play, Touch, by K A Gunasekharan
Speaker:  Mr. Joshua Gnanaselvan
Designation and Affiliation of the Speaker: PhD Scholar, English and Comparative Literature, Central University of Kerala

DETAILS
The guest lecture was organized as part of the Dalit Studies paper of the final year BA English course. The speaker, Mr. Joshua Gnanaselvan is a PhD research scholar at Central University of Kerala. He has done his M.Phil from the Bishop Heber College, Trichy and B.Ed from CIEFL, Hyderabad. He has been working as Assistant Professor at Christ University, Banglore before he took up his research. The lecture was based on the play, Touch, written by K A Gunasekharan.

Mr. Gnanaselvan began his lecture by asking the students about their views on Dalit literature. He introduced the Dalit discourse and explained it in the context of the Gandhi- Ambedkar debate. He discussed the relevance of Dalit movement and compared it with other subaltern movements across the world. He also explained Dalit literature and theatre and elucidated how it differs from the conventional literature and theatre.
The context and the significance of the issues discussed in the play Touch has been explained through interactions with students. By assigning different character’s dialogues to students, he initiated a discussion from the students themselves. Mr. Joshua emphasized the need to look at Dalit literature in broader social context.

The interactive lecture, question answer sessions, and the sharing of personal experiences, etc made the session an interesting one. The speaker succeeded in making the audience curious about the issues discussed and involved them in the discussion. Students also shared their experiences related to caste identities. The session was a fruitful engagement as the students understood more about Dalit Studies and its political and literary significance than before.

The speaker started with her journey to be a content writer. She explained the various challenges and opportunities that a career in Content Writing offers through her experiences of various clients. She eloquently responded the various questions thrown at her and made the talk interactive. The lecture was well received by the students and faculty members present. The students ask interesting and important questions which were critically answered by the guest speaker. The interaction session was followed by proposal of thanks to Associate Dean, Academic Coordinator for their constant encouragement. Thanks were also due to Dr. Meghna Mudaliar and Dr. Prerna Srimal for encouraging some students from 2ENGH and EPH respectively to attend the talk. The talk was organized by Dr. Santosh Kumar. 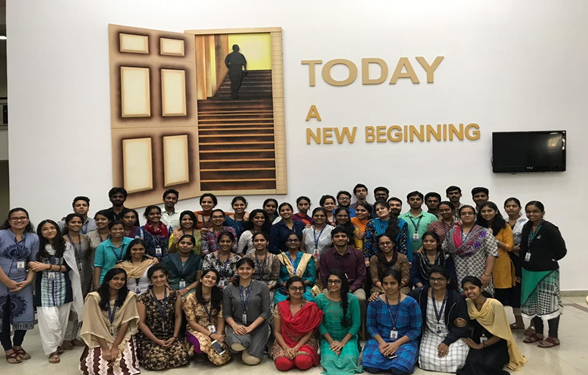 English Studies—Guest Lecture for 3EPH on

The lecture by Mr Mariwala focused on the origins of slavery and traced the development of slavery to the Civil War era in the United States. Of special focus was the idea that Jones’s success in the play is primarily because of two reasons: first, that he has a white man as his slave, a fact that makes him a convincing leader in the eyes of his ‘subjects’, and second, his costume as a king, which is steadily dismantled during the course of the play, indicating that his credibility as a ruler is directly correlated to the costume he dons in order to play the part.

Mr Mariwala began his talk by talking about two kinds of time—polychromatic and monochromatic. He traced the correlation between cold climates and monochromatic time. In cold climates, he explained, agricultural harvests have to be completed strictly on time because there are very short windows of time in which the season is ideal for agricultural activities. Hence we find that people in such societies tend to be monochromatic: i.e., they follow schedules strictly. E.g. if someone sets up a meeting for 9 a.m., there is only one concept of ‘9 a.m.’ whether one is meeting one’s boss, colleague, friend or family member. However, in warmer climates, schedules do not have to be strictly adhered to since crops may be planted and harvested at several different times during the year. Therefore, in places such as India and other tropical regions, the existent cultures tend to be polychromatic in nature. Throughout history, it is seen that monochromatic cultures tend to dominate other cultures in terms of colonial and military strength. While this is not to say that the less dominant cultures are inherently submissive in nature, it does help us to understand that climates and agricultural requirements can be critically important to our understanding of how systems such as slavery came to exist in the world.

Moreover, Deesh sir also told us about how the divisions of the different classes came to be. There are geographical divisions of nations such as the mountainous regions, the plains, and the alluvial/oceanic areas. Economic classes come to be formed on the basis of who lives where and has how many resources.

The lecture was extremely enjoyable since it was interactive in nature, with students being asked to volunteer to help demonstrate the ideas being discussed. It was also very informative and helped us to see topics such as slavery and socioeconomic classes in a whole new light.